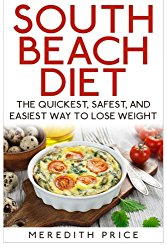 Most people seek diets to lose weight. For that reason, most diets that were formulated earlier were drastic ones which cut down on the carbohydrate and fat intake in a diet’s meals and forced them to reduce their calorie intake drastically. Many diets also consisted of an undue focus on one nutritious item while foregoing balanced meals for the sake of weight loss. Most of these diets had short term effects but led to long term adverse effects if no effects at all. At such a time cardiologist Arthur Agatston along with dietician Marie Almon designed a diet which served as an alternative to the low fat diets that were prevalent during the eighties. The diet became known as the South Beach diet which was formed with the main purpose to prevent heart diseases in people. This diet was formulated by Dr. Agatston to help his own patients in the early part of the millennium. The diet soon became popular and was considered by even those who wished to lose weight.